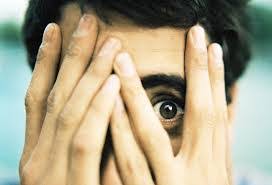 I do not enjoy watching horror films. I know that they are not real but being frightened is not a pleasurable experience for me and so I choose to avoid it where I can. Facing your fears is an important part of effective safeguarding and it is something that is often ignored. It can be a major barrier preventing an intervention that could stop abuse from occurring. In my professional life, I have encountered this happening on many occasions.

One particular situation comes to mind which illustrates the difficulties created by fear very well. Some years ago, I had been asked to speak to the assembled staff of a large school in the city where I was working. I was leading a multi-disciplinary treatment team which worked with young people who had been traumatised by the experience of sexual abuse. Within the city, a large ring of adult offenders had been discovered and broken up by a successful police operation. It had functioned for some years and as a consequence there were a significant number of young people who had been abused. Many had suffered greatly and some had engaged in serious self-harming.

The principal of the school that had approached me to speak was aware of the work that we were involved in and wanted me to speak to his staff to alert them to the experiences that some of the pupils within the school had had. In doing so I was careful not to use sensational or emotive language, but spoke of the existence of abuse within the community and how this had impacted on the lives of the young people.

As I spoke, I became aware of the increasing agitation of a female, older teacher sitting in the front row. After a short time, she suddenly jumped to her feet and exclaimed that I was not reporting honestly about our work. She stated that she lived in a Christian and caring community in which young people could not have those experiences. She was prepared to accept that they might happen in other places but she could not accept that they were happening here in her city.

Her intervention was an important one as it illustrated a very important reality. This teacher’s knowledge of the excellent child protection policy of the school was faultless. She knew it almost by heart. However, because she was unable to accept that no child that she would meet in her class could have been abused in the same way as the children my team were working with, she would never act in line with that policy. She would never see abuse or the risk of abuse because to see it would require her to act.

It is very easy for us to ignore the emotional strength that is required of those who have to comply with safeguarding policies. When you encounter abuse, it has an impact on you which you have to have the ability to face. Ignoring it or denying that it could be present is not an effective way of coping, and yet this simple truth is so often missed by many individuals and organisations alike.

At times, there can be a large step between becoming aware of risk to a child and acting on that recognition. For that teacher in that school, a review of safeguarding which looked at the existence of policies and the knowledge of them held by staff, may well have reached the conclusion that everything was in place and as it should be with regard to effective safeguarding. A vital element would have been missed which is the ability and willingness of those that have contact with children to act on concerns when they are seen.  For that teacher in that school, her pupils were not as safe as they should have been because she did not have the ability to face the unthinkable.

Fear can be a very real barrier to action. At one time I carried out a small research study that sought to examine the factors that determined the actions of teachers when they became aware of child protection concerns. I had been struck by the very small number of referrals that came from schools in areas where there was a steady stream of allegations from other sources. When I looked at the schools in question there were approximately two hundred and sixty in the Education Board area. Numerically, the typical school unit was rural, primary, and with around one hundred pupils.

The first important discovery was that each school without exception had a child protection policy in place. Knowledge of this was good amongst all of the staff that participated and to whom I spoke. Yet, few referrals came from the school sector. Some other barrier other than the existence of a policy or the teacher’s knowledge of it, existed which was stopping referrals being made.

The answer that many teachers gave me was that they would not report a concern about a child in their class for fear of the reaction to doing so from the local community, and from the family itself. Small communities are tightly knit and were understood by the teachers as not being accepting of reporting a child protection concern. Fear of the reaction of others was a significant barrier to making a report and as a consequence, no report would be made.

Within society, we now have professional, trained workers whose task it is to intervene into the lives of vulnerable children and ensure that they are appropriately protected. These statutory services rely on everyone else in society to keep them informed of risk to children were it is thought to exist. They are reactive in nature. They act on information brought to them. If that information is not shared with them, then they are rendered powerless.

Fear needs to be faced by all of us who come in contact with vulnerable children and young people. Whether that fear arises as a consequence of previous experiences in our own personal history, or whether it is a product of our own vulnerability, it should not prevent us from acting to protect a child. If it does, then we should not hold safeguarding responsibilities that would require us to act.

When undertaking a review of safeguarding arrangements in an organisation, the existence of policies and staff or volunteers who have a knowledge of them, should not be accepted as sufficient in itself to guarantee an appropriate response to risk. What should also be examined is the willingness of those involved to act on concerns when they are recognised. Failure to do so may well leave children unprotected in the same way that the pupils in the classes of the teacher that I previously mentioned, were. It is not enough to have policies in place, you also have to be willing to act on them which means that any fear that you may have about doing so should be addressed by you and overcome.